Skip to main content
It looks like you're using Internet Explorer 11 or older. This website works best with modern browsers such as the latest versions of Chrome, Firefox, Safari, and Edge. If you continue with this browser, you may see unexpected results.

A celebration of LGBTQIA+ literature 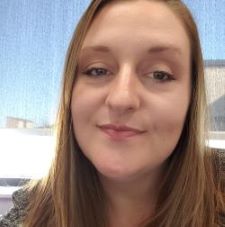 "June is Rainbow Book Month,™ a nationwide celebration of the authors and writings that reflect the lives and experiences of the lesbian, gay, bisexual, transgender, pansexual, genderqueer, queer, intersex, agender, and asexual community.  As of 2020, GLBT Book Month™ (celebrated by the American Library Association since 2015) has been renamed Rainbow Book Month™, in coordination with the Rainbow Round Table's name change in 2019. Originally established in the early 1990s by The Publishing Triangle as National Lesbian and Gay Book Month, this occasion is an opportunity for book lovers and libraries with the very best in LGBTQIA+ literature."

The first and most enduring award for LGBTQIA+ books is the Stonewall Book Awards, sponsored by the American Library Association's Rainbow Round Table (formerly the Gay, Lesbian, Bisexual, and Transgender Round Table). Since Isabel Miller's Patience and Sarah received the first award in 1971, many other books have been honored for exceptional merit relating to the gay/lesbian/bisexual/transgender experience.

I Hope We Choose Love : A Trans Girl’s Notes From the End of the World

How We Fight for Our Lives : A Memoir

Living Out Islam : Voices of Gay, Lesbian, and Transgender Muslims

She/He/They/Me : For the Sisters, Misters, and Binary Resisters

The Lambda Literary Awards were born in 1989. The purpose of the Awards in the early years was to identify and celebrate the best lesbian and gay books in the year of their publication. The Awards gave national visibility to a literature that had established a firm if nascent beachhead through a network of dynamic lesbian and gay publishers and bookstores springing up across America. Since their inception, the Lambda Literary Awards ceremony has consistently drawn an audience representing every facet of publishing.

The Delectable Negro : Human Consumption and Homoeroticism Within US Slave Culture

by Vincent Woodard, Justin A. Joyce, & Dwight A. McBride

Out of the Closet, Into the Archives : Researching Sexual Histories

A Taste for Brown Bodies : Gay Modernity and Cosmopolitan Desire